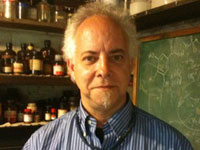 Gordon is a technologist, a catalyst, a trickster. He likes helping people make complicated technology easy. His career has spanned the range of supercomputers to personal computers, publishing to filmmaking. He enjoys connecting people, companies, and ideas together – his favorite job title, just after “Warrior Poet”, and “Cray Dude”, was “Technology Evangelist”. He is credited in IMDB for software development and as an executive producer. He’s been part of the IT Team at the annual TED Conferences for the past eleven years. In his spare time he collects hammers and makes silver jewelry.

He’s also a big fan of TEDx events. He was CoCurator of TEDxSanJoseCA in March, 2011. He has attended twenty-six independently organized TEDx events in the greater SF Bay Area (and Santa Barbara.) 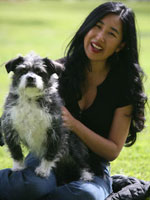 Stacie Tamaki is a web designer/developer, illustrator, and social media educator who specializes in helping small business owners to create and improve their online presence.

Her blog, The Flirty Blog is a fun, positive, multi-niche, inspirational blog that promotes local tourism, living in the San Francisco Bay Area, entrepreneurial suggestions for small business owners, wedding and event ideas, food posts (she dines out, cooks and bakes), and the causes she cares about most.

She is also a SMART Certified Volunteer Advocate for the National Marrow Donor Program using social media to spread awareness about the need for more people to become donors, and how easy it now is to donate. Her other passion is helping to educate the world that there are great pets waiting for homes at their local animal shelters. She promotes her website www.CutestDogEver.com by creating award winning, custom, couture Halloween costumes for her dog each year. His Chia Pet costume is an internet favorite and his Dog Whisperer costume landed them an invitation to appear on the TODAY show in NYC in 2007. 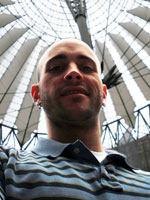 Brenton is a marketer, designer, thinker, and recovering graduate student. He is a first degree black-belt, a repeat graduate of the Bob Bondurant School of High Performance Driving and is often accused of being a “gear-head”, nerd and hippy. He enjoys the outdoors, fixing things, learning about new cultures, and figuring out how things “work”.

Originally from the Southwest, Brenton has lived in Arizona, Maine, and Germany. He has adventured through 26 states and 14 different countries. After experiencing Phoenix’s “too hot” and Bangor’s “too cold”, Brenton found his “just right” this past summer and moved to the Bay Area. He works several part-time jobs and spends his “free-time” hiking, watching movies, or engrossed in anything with wheels.

For more on Brenton, visit: www.linkedin.com/in/brentonmurray 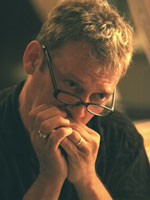 It bugs Dave Land that people still have to think about “using computers”, instead just having fun and getting their work done. Starting with a writing degree from Carnegie Mellon, Dave likes to make the arcane accessible. Along the way, Dave had one of the “Ten Coolest Jobs at Apple”, building and running AppleTV, a showcase satellite TV station in Cupertino.

When Apple sold off the studio during a rocky patch in the early 90s, Dave landed in Apple’s Advanced Technology Group (ATG) just as folks were getting excited about something called “Mosaic”. Mucking around with it and its “little toy language”, HTML, Dave discovered a passion for making online user experiences that has fired his imagination (and fed his family) ever since. Dave created Apple’s intranet, AppleWeb, and grew www.apple.com from an ATG prototype to an Internet presence and service befitting the company. His social media conversation analysis partnership, Senti-Metrics, was acquired in 2003 by the community moderation and programming agency Liveworld, where he is currently director of user experience. Dave spends too much time on the Internet.